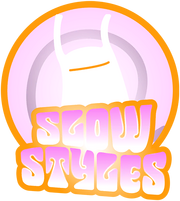 Alternate costumes are obtained by killing a Gungeoneer's past. There is only one alternate costume for each Gungeoneer, except for the Bullet, the Paradox, and the Gunslinger. The Bullet has two skins (one of them exclusive to PS4 and Switch), while the Paradox and the Gunslinger don't have one. Once a Gungeoneer's past has been killed, a pile of clothes will appear next to them in The Breach, interacting with the clothes while playing as the appropriate Gungeoneer will swap them into their alternate costume. The pile of clothes will then change appearance to appear as the Gungeoneer's standard outfit. Changing Gungeoneers will swap them back into their standard outfit.

You can unlock alternate skins for starter guns by beating the character's past with their alternate skin equipped. Starting weapon skins can be activated by interacting with the pistol shrine located near The Bullet in the Breach.