Shotgun Kin are a series of high-ranking bullet based enemies found throughout all chambers. Their attacks mostly consist of wide bursts of bullets at the cost of having a generally low fire rate.

Red Shotgun Kin slowly walk towards the player, occasionally firing a tight spread of 5 bullets. Upon death, they have a chance to fire 6 bullets in all directions.

In the Black Powder Mine, Red Shotgun Kin can hop into minecarts and ride them while attacking the player.

Blue Shotgun Kin slowly walk towards the player, occasionally firing a wide spread of 5 bullets quickly followed by a wide spread of 4 bullets. These bullets have a wider spread than the Red Shotgun Kin's, giving them a wider attack area but also more space between bullets to dodge through.

Upon death, they have a chance to fire 6 bullets in all directions but at a slightly higher chance than the Red Shotgun Kin.

Veteran Shotgun Kin slowly walk towards the player, occasionally firing a V-shaped spread of 5 faster bullets that predict the player's movements. Upon death, they fire numerous bullets of various speeds in all directions.

Mutant Shotgun Kin behave like Red Shotgun Kin, but have a higher rate of fire, higher shot speed, higher movement speed and always release bullets upon death. They are immune to poison. When standing on poison, speed and shotspeed are raised.

On very rare occasions, Mutant Shotgun Kin have a chance of replacing other Shotgun Kin, allowing them to exist outside the Oubliette where they naturally reside.

Executioners slowly walk towards the player, firing chaotic spreads of bullets, which have a fast shot speed. They occasionally stop to fire 3 bullet chains towards the player, attaching them to walls. These chains disappear shortly afterwards. Upon death, they fire a chain of bullets aimed at the player and have a chance to fire 6 bullets in all directions.

After shooting a couple of times, Executioners will angrily swing their Shotguns which heavily knock back any enemies who are close enough.

In the Black Powder Mine, Executioners can hop into minecarts and ride them while attacking the player. This can only occur if the player uses Lament Configurum, as Executioners do not naturally spawn in rooms with minecarts.

Shotgrubs slowly walk towards the player, frequently firing a spread of bullets which release more waving bullets upon hitting an obstacle. They tend to fire 3 times per attack but the pause between each shot takes slightly longer than that of Blue Shotgun Kin. They have lower health than other Shotgun Kin.

Because their shots can cover a large area with erratically moving bullets, Shotgrubs are widely considered one of the most dangerous enemies found in Bullet Hell. Killing them first should take priority over most other enemies. 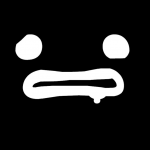