Flare Gun is a gun that fires flares which have a chance to set enemies on fire. 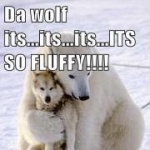