Blobulons are a ruthless species of interplanetary goo-like beings who amassed an interstellar empire before their ultimate defeat in an ill-fated winter campaign at the hands of the Hegemony of Man. They range in size - the smallest Blobulins can be crushed by a Gungeoneer's dodge roll, while the largest Blobulords are ranked by how many stars they have consumed. While the vanilla variety deals contact damage, varieties like the Cubulon, Blizzbulon, Bloodbulon, and Poopbulon can fire projectiles.

Blobulons move towards the player and attempt to deal contact damage. They split into two Blobuloids upon death.

Blobulons leave trails of goop where they go. This trail usually does nothing other than wipe away other liquids on the floor, helping prevent damage from poison, electrocuted water, and flaming oil.

If a Blobulon is jammed, the two Blobuloids it splits into will also be jammed; otherwise, they'll have independent chances to be jammed if any curse is present.

Blobuloids move towards the player at a slightly greater speed than Blobulons and attempt to deal contact damage. They split into two Blobulins upon death.

Just like Blobulons, the Blobulins they split into will be guaranteed to be jammed if the Blobuloid that spawned them was also jammed.

Blobulins move towards the player at much higher speeds and attempt to deal contact damage. They have extremely low health and can be killed without taking damage by rolling into them, even if they are jammed.

Blobulins always get killed after touching the player, making Live Ammo, Blast Helmet, or Armor of Thorns an easy way to deal with them without having to shoot or roll into them.

Poisbulons move towards the player and leave a trail of poison. They spawn a single Poisbuloid upon death as opposed to Blobulons spawning two Blobuloids.

Poisbuloids move towards the player and leave a trail of poison. They spawn two Poisbulins upon death.

Poisbulins move towards the player, faster than that of a Poisbuloid, and leave a trail of poison. Fortunately, because the trail is relative to their size, it can be easily escaped from quickly. Like Blobulins, they have extremely low health and can be killed without taking damage by rolling into them, even if they are jammed.

Poisbulins always get killed after touching the player, making Live Ammo, Blast Helmet, or Armor of Thorns an easy way to deal with them without having to shoot or roll into them.

Blizzbulons fire triangular bullets in all directions, followed by two spreads of 3 triangular bullets towards the player. They leave a trail of water. They freeze upon death and can be shattered by either shooting at them or dodge rolling into them, leaving a small pool of water. Using a blank will only push the body.

Leadbulons move towards the player and attempt to deal contact damage. After taking enough damage, they will become enraged and continue to chase the player, leaving a trail of fire and slowly shrinking until they burn out and die automatically. They can still be damaged while enraged to make them shrink faster. While enraged, their movement speed dramatically increases.

Poopulons slide towards the player, occasionally spinning, releasing a large amount of spiraling bullets in all directions. The bullets always spiral clockwise.

Poopulons occasionally drop a piece of corn upon death, which turns into popcorn upon receiving damage. While this corn technically counts as an enemy, it does not need to be killed to complete the room.

Bloodbulons move towards the player and grow as they take damage. They become slower the larger they grow. Upon death, they release many strings of bullets in all directions.

Bloodbulons have two stages of growth, and take a certain amount of time to grow independent of how much damage they have taken. If a Bloodbulon has taken fatal damage before it has finished swelling into its largest form, all the damage that exceeded its final hit points will be nullified. Because of this, weapons that can freeze them are generally poor choices, as while they will temporarily immobilize the Bloodbulon, they will also interrupt its growing animations, and it cannot be shattered while frozen. The player will have to wait until it has fully grown, then deal one more blow to finish it off. This damage nullification does not occur with the first stage of growth.

Because of their ability to absorb large amounts of damage without results, this can make them a rather dangerous opponent when attempting to hide behind cover from other enemies. 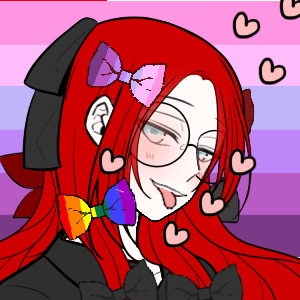